Dr Berkowitz graduated with a medical degree (MB ChB) from Birmingham University (UK) in 1980 and, after specialist training, obtained Membership and subsequent Fellowship of the Royal College of Obstetricians & Gynaecologists (FRCOG). 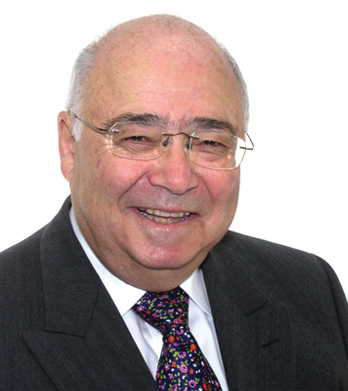 As an experienced Medical Doctor and a very skilled surgeon, he owns and manages Wimpole Aesthetic Centre.

Before opening the Pearly Penile Papules Centre in London, he spent time in Paris, Israel and in South Africa as well as in the UK at clinics specifically devoted to the practice of Aesthetic Medicine and Anti-aging Medicine. Dr Joshua Berkowitz is fully registered with the General Medical Council (GMC) in the UK and with the South African Health Professionals Council.

His work with Pearly Penile Papules

Dr Berkowitz is a specialist in the removal of Pearly Penile Papules. Having worked in the field of cosmetic medicine and surgery for many years, he began helping males suffering from this condition for over 15 years.

It had come to my attention that a high number of men suffered from this problem and I was surprised at what little help was available to them. So, I researched the topic extensively and realised that the removal of the papules was actually a very straight-forward, safe procedure. As a result, I began treating men from all corners of the globe and removing their papules quickly and effectively.

Dr Josh notes some of his preferred treatments currently available in the UK.

Don’t get caught with your pants down! When it comes to getting the correct treatment for PPP there are a few things you should know.

Read the recommendations Dr Josh makes for treating Penile Papules.
Manage Cookie Consent
To provide the best experiences, we use technologies like cookies to store and/or access device information. Consenting to these technologies will allow us to process data such as browsing behaviour or unique IDs on this site. Not consenting or withdrawing consent, may adversely affect certain features and functions.
Manage options Manage services Manage vendors Read more about these purposes
View preferences
{title} {title} {title}