When is a spot not a spot? When it’s a Fordyce Spot.

Nobody wants spots, especially not …..well, down there! But Fordyce spots are not really spots at all but small ectopic sebaceous glands, similar to those found in hair follicles, usually no more than 3mm across at most.

When we say spot we usually think of something infectious, contagious like an STI or the plague. Unfortunately, John Addision Fordyce (1858-1925), an American dermatologist, decided to call them spots and has caused panic among men and women of all ages ever since.

They are, in fact, very common, usually on the penile shaft and scrotum in males, and on the labia in women; although both sexes can also have them around the mouth on the borders of the lips.

The fact that they are not spots does not stop thousands of men and women, not surprisingly mostly adolescents hoping to give those parts of their body a wider audience as it were, rushing to their doctor fearing cancer or something similar.

Such concerns are completely unnecessary. Fordyce spots have no association with any disease or illness whatsoever; they are purely a cosmetic condition like freckles or wrinkles.

However, the condition does cause people concern and, for some, may lead to a loss of self confidence; especially when the condition is on the genitals. The fear that a potential partner may be ‘put off’ or worse, may run away screaming ‘STI!’ is completely unfounded as a quick trip online to the many forums on the topic will soon confirm.

But for some people that is not enough and if you really, really are bothered by the condition, then there are treatments available that can reduce the visible severity.

Can Fordyce Spots be treated?

Treatments such as CO2 laser, hifrecator (high frequency eradicator) producing low power electrical pulses, do not require in-patient treatment, are painless and any residual side effects last no more than a few days.

The affected area is firstly numbed with a local anaesthetic which is allowed to take affect for about 25 minutes. With hyfreraction, the Doctor will apply either an electric pad or deal with each gland individually. The process encourages them to stop the production of sebum; which within a few weeks leads to a flattening of their profile and reducing visibility. It is normally a month or so before the final result of the procedure is confirmed.

Each treatment does leave a very small scab on the top of the individual gland, which will fall off naturally.

So, is worth having the treatment?

That really does depend on how much time you spend worrying about the condition and whether it is likely that it will inhibit you from enjoying normal human relationships. If no amount of reassurance that it really is a simple benign skin condition that goes un-noticed in most relationships, will settle your concerns then perhaps seek some advice.

But whatever you do seek the advice of a fully qualified Doctor who will have the experience you need. There are a lot of self cures out there, some of which could lead to serious infection, then your simple Fordyce spots could easily become the real thing, and that isn’t good for anyone.

I feel much more confident now and am thinking about asking out a girl from work. It’s been so long since I’ve had a girlfriend, the idea of asking someone out seems a bit scary, but I’ll do it anyway.”
Justin, Lincolnshire, Patient

How are Pearly Penile Papules going to affect my life?
Nobody knows your body better than you. You’re the first to notice anything unusual and if you feel it’s a
Read more.

Know the facts about PPP
Pearly Penile Papules is a harmless skin condition that causes the appearance of small white or flesh-coloured bumps around the
Read more. 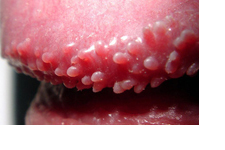 The common curse of the white pearl
Pearly Penile Papules, or PPP, is a health condition that affects an estimated 20% of the male population. They’re tiny
Read more.
« Previous 1 … 3 4 5

Initially I was worried about having the Penile Papule Removal Treatment. I called the Wimpole Aesthetics and the staff were incredibly helpful.”
Russell, Leeds , Patient